The Vast Promise of Digital Certificates: COVID and Beyond

With the December 20 launch of a vaccine certification app, Japan is positioned to play a key role in spearheading the global effort to advance the principled use of digital health records and to incorporate such data in the development of more effective COVID countermeasures.

Japan’s newly created Digital Agency launched an app on December 20, 2021, enabling people to display proof of COVID vaccination on their smartphones. As of December 22, Japan boasted the highest rate of vaccination among the Group of Seven countries, with 77.7% of the population (91.6% of those 65 and older) having received two shots. The issuance of digital certificates has engendered a digital repository of health-related information of unprecedented scale, opening up untold possibilities in the storing and sharing of medical data. 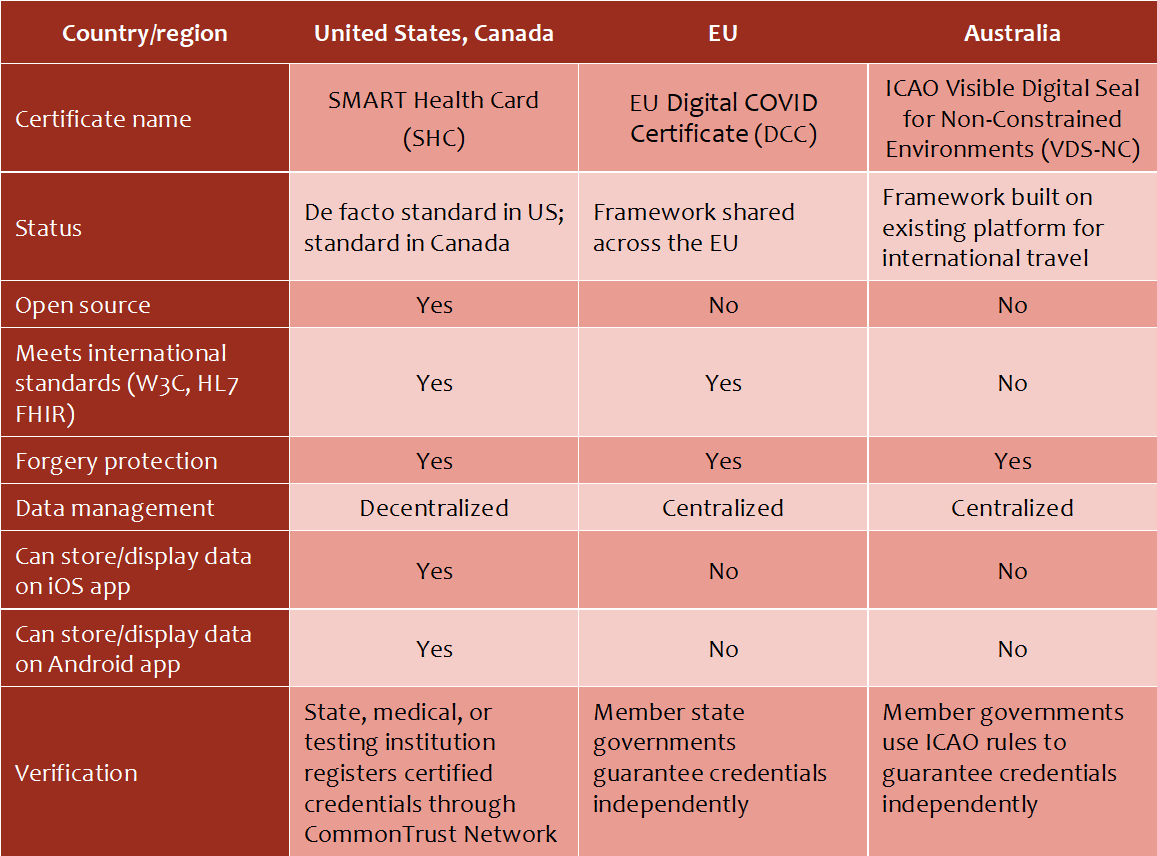 How will the spread of digital certificates affect our lifestyles, our society, and our economy? And what should we keep in mind as electronic forms of verification become the norm around the world?

The most important factors to consider in enabling the sharing and societal use of clinical data are personal control of one’s own records, proof of authenticity and protection against forgery, evidence-based policymaking, interoperability, and international standardization. These are matters of principle that must be prioritized over commercial considerations, given the sensitive, life-affecting nature of the information being handled.

Ensuring control of one’s own data is of primal importance, as the worldwide issuance of digital certificates has enhanced the need for vigilance against unwarranted state surveillance. Singapore’s TraceTogether contact-tracing app, for instance, raised privacy concerns following disclosures that data could be accessed by police for criminal investigations. In many democratic societies, clinical information is not centrally managed by the state but is stored on the smartphones of individuals, who also control access to them. Japan should embrace this principle as well, rejecting the encroachment of authoritarian surveillance.

Paper vaccination certificates are easy to counterfeit, and this has become a problem in a number of countries. Just as bad money drives out good, the prevalence of forged documents will erode public confidence. This is why the development of counterfeit-proof digital certificates is crucial. Digitization, needless to say, will not in itself prevent forgery; guarantees are needed that the vaccination or test result data displayed on a screen has been issued by a legitimate medical institution based on established standards. The question boils down to who is to verify authenticity and how—perhaps with the aid of blockchain or other secure, immutable technologies.

In China and Europe, verification is provided by the state. The United States and Canada, on the other hand, have adopted a decentralized system based on the SMART Health Card. The latter approach is premised on mutual trust, much like the evaluation of academic papers through a process of peer review. Legitimacy in the sciences has traditionally been granted by the community of scientists, not by an authority like the state.

Some existing apps merely require the user to upload an image of a vaccine certificate and offer little safeguards against forgery. The authenticity of data on Japan’s newly launched app, on the other hand, is secured through its links to the nationwide Vaccination Record System and the use of the My Number taxpayer identification card. The Japanese decision to embrace the SHC data management approach in the issuance of digital certificates—as the United States and others have done—is highly noteworthy. But Japan needs to speed up its sluggish efforts to adopt the SHC standard for PCR and other test data as well.

The use of digital certificates should also lead to the accumulation of data on the effectiveness of COVID countermeasures and contribute to evidence-based policy making. Although not currently part of the government’s “vaccine-test package”—aimed at easing social restrictions if proof of vaccination or negative tests are presented—digital certificates can be used at sports and cultural events, at restaurants, and for public transit to scientifically ascertain, with the users’ consent, the impact of various COVID policies.

While the COCOA contact-tracing app (provided by the Ministry of Health, Labor, and Welfare) was not designed with policymaking or research in mind, data from many digital certificates are already used internationally and are expected to generate new findings through comparative analysis. Given the global spread of the Omicron variant, there is an urgent need to tap available digital resources and formulate policies based on the accumulated data. The Tokyo Foundation for Policy Research intends to advance related research into this domain going forward.

The interoperability of digital platforms is another key issue, both at home and abroad. On the domestic front, different certification apps may currently be required under the vaccine-test package, depending on locality or venue, and each will need to be configured to be compatible with the government’s new app. Internationally, there is a proliferation of private-sector certification apps in multiple languages, making it difficult to confirm their authenticity—a problem that will be particularly burdensome for airport customs officials. Travelers will need multiple apps to accommodate the requirements of various airlines and countries. Simply switching from paper to digital certificates, while enabling substantial cost reductions, is thus not enough. The full benefits of digitization cannot be reaped without devices to efficiently scan certificates from around the world, interoperability among applications, and a digital ecosystem linked via application programming interfaces to various health-related web services.

Without interoperability, for example, the vaccine-test packages of local governments will do little to boost travel even within Japan, while businesspeople and students seeking to work or study abroad will find their digital certificates of little use. The ideal is to create a single app that can be used in any country and under all circumstances to certify one’s status. This is an area where the Digital Agency must take leadership, both in domestic and international settings, in contributing to the efforts already underway to create an international standard.

The SMART Health Card standard enjoys the support of the United States and Japan—the world’s biggest and third-largest economies. A major factor in the US embrace of the SHC is its open standard for the international exchange of healthcare information (HL7 FHIR, WC3). The EU and China, on the other hand, have adopted their own standards. The question going forward is which standard will be adopted by the rest of the international community and become the de facto global standard.

The standards for digital certification, of which many have recently cropped up worldwide, could eventually serve as the basis for the sharing of a whole range of health and medical information. Japan should work with other Asian countries and the United States to establish an Asia-Pacific standard.

Digital certificates will play an important role in advancing the Personal Health Record (PHR) system that the Japanese government is now promoting to enable individuals to view their own health and medical information. The adoption of the SHC standard could provide impetus for the development of PHR-based apps that give users access to their health records via their smartphones. The use of Japan’s vaccine-test package is currently limited to such services as the issuance of coupons, but SHCs are already being used by the Mayo Clinic and other facilities in the United States to provide integrated PHR services.

As mentioned above, digital certificates are likely to contribute not only to the development of science-based COVID countermeasures but also give shape to future uses of clinical data. Japan needs to approach the establishment of international standards in a strategic manner, viewing it not only from the perspective of industrial competition but also as a matter of principle. Japan is a leader of the free and open community of nations and must firmly commit to advancing those values in its embrace and utilization of digital certificates.

Adapted and translated from an article published on Toyo Kezai Online, December 24, 2021.