Established in 1997, the Tokyo Foundation for Policy Research is an independent, not-for-profit think tank that examines critical issues confronting society from a neutral and impartial standpoint; undertakes rigorous, evidence-based research; and offers a range of policy options in pioneering paths to a brighter future. We also cultivate broadminded, socially engaged future leaders, both in Japan and overseas, and contribute to building a better society for all.

We became the “Tokyo Foundation” in May 1999 to give a clearer regional orientation to our policy research and leadership development activities and emerged as a public interest incorporated foundation on April 1, 2010, following authorization by the Cabinet Office in March 2010. Building on two decades as Japan’s preeminent think tank, we renamed ourselves “The Tokyo Foundation for Policy Research” in February 2018 as our next step in our evolution into a world-class institute of policy research.

Adviser to the President 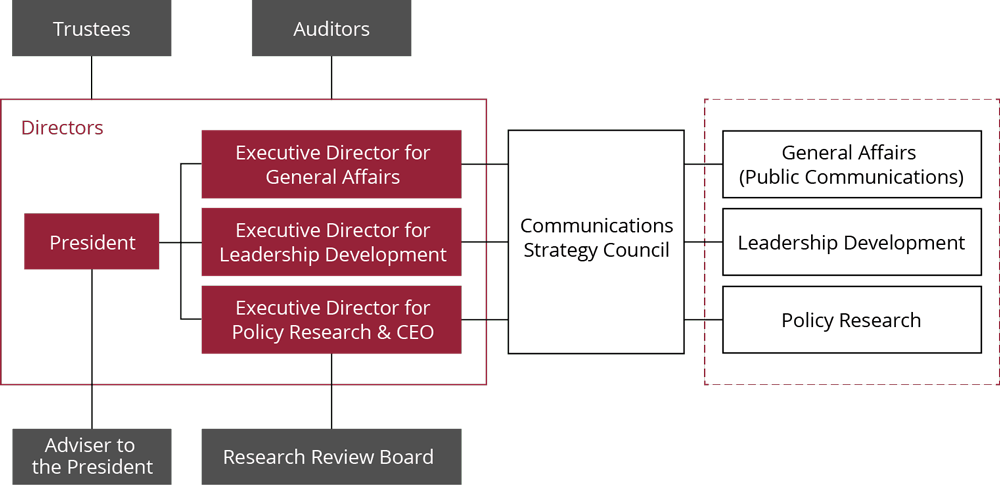