The German Marshall Fund of the United States (GMF) is a nonpartisan US public policy and grant-making institution dedicated to promoting greater cooperation and understanding between North America and Europe that has been going beyond its traditional focus on transatlantic cooperation and expanding research on relations with Asia.

The fifth Trilateral Forum Tokyo, held on December 1-2, 2017, provided an opportunity for an exchange of perspectives and bridge-building among scholars and practitioners from Japan, Europe, and the United States. Organized with the aim of supporting trilateral cooperation, TFT5 attracted more than 70 experts to discuss such topics as regional security challenges and a nuclear North Korea, populism’s effect on democracy, climate change, the future of global trade, and demographic challenges to economic growth. 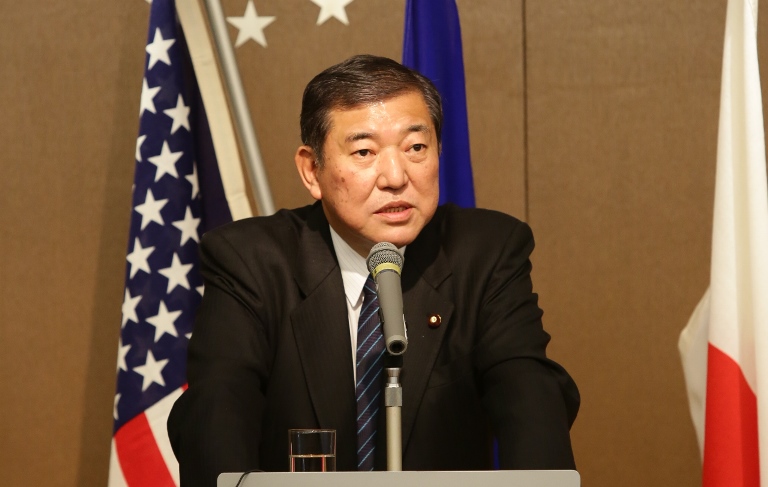 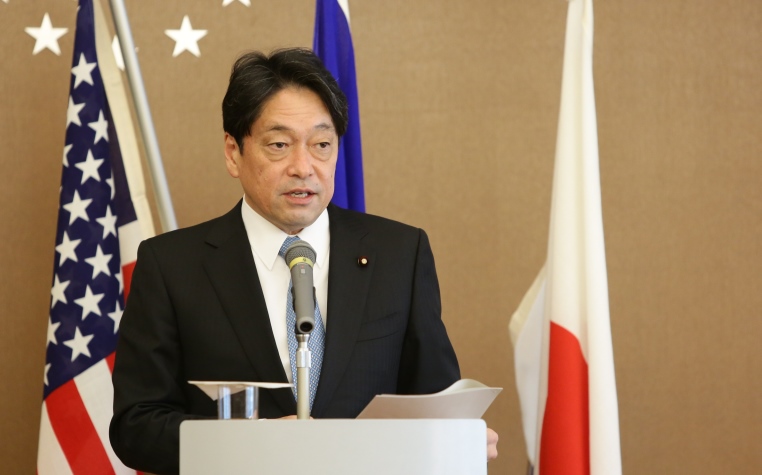 This year’s conference featured renowned keynote addresses on each day. Shigeru Ishiba (left), a prominent leader of the Liberal Democratic Party, spoke on the challenges facing Japan on Friday, while on Saturday, Itsunori Onodera (right), Japan’s minister of defense, noted the importance of international cooperation in response to security threats.

Attendees also attended breakout dinner sessions—supported in part by the German Embassy—to discuss a range of topics, including the state of liberal democracy, strategy in the Indo-Pacific region, and the transformative influence of technology. TFT5 was jointly organized by the Tokyo Foundation and the German Marshall Fund of the United States and generously hosted by the Delegation of the European Union to Japan.

Session 1: Tackling Security Challenges through Trilateral Cooperation
Session 2: DPRK. Where Do We Go from Here?
Session 3: Populism’s Effect on Democracy
Session 4: Climate Change–Thinking beyond Paris
Session 5: The Future of Global Trade
Session 6: Demographic Challenges, and the Prospects for Economic Growth

The fourth Trilateral Forum Tokyo was held on October 16-17, 2015, hosted by the Delegation of the European Union to Japan. Some 80 participants from Japan, the United States, and Europe discussed such issues as new opportunities and challenges for trilateral cooperation, the return of geopolitical competition, the Asian economy in the changing geo-economic order, the future of climate change and energy security, and the future of global governance.

The two-day conference featured a keynote address by former Prime Minister Yasuo Fukuda, who spoke on ways to promote friendlier ties with neighboring countries. The closing session focused on approaches to strengthening trilateral cooperation with special reference to the historical role played by the Group of Seven summits as a forum for such cooperation. 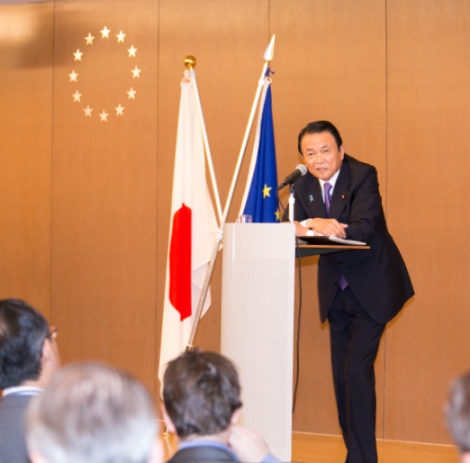 Over 70 policy experts from Japan, the United States, and Europe came together on September 26–27, 2014, for open and frank discussions on major issues confronting the three regions at Trilateral Forum Tokyo 2014, organized by the Tokyo Foundation and the German Marshall Fund of the United States.

The conference was attended by leading scholars, researchers, journalists, government officials, and business representatives, who examined such topics as the Trans-Pacific Partnership and other aspects of global trade diplomacy, Japan’s economic renewal, new frontiers of security cooperation, emerging cyber issues, lingering tensions in East Asia, and trilateral cooperation in the Asia-Pacific.

Conversations were also held with such distinguished guests as Japan’s Deputy Prime Minister and Finance Minister Taro Aso and General David Petraeus, former commander of the Coalition Forces in Iraq and Afghanistan and director of the CIA.

Following the sessions in Tokyo, a study tour was organized to Okinawa, where participants gained insights into the efforts being made to reconcile security needs with the wishes of local residents through a visit to a US base. They were also acquainted with the rich history of the Ryukyu Kingdom, its experiences in World War II as the site of the Battle of Okinawa, and its geopolitical importance for East Asian security.

The sessions in Tokyo were hosted by the Delegation of the European Union to Japan, which, along with the Pharmaceutical Research and Manufacturers of America, provided additional support for Trilateral Forum Tokyo. 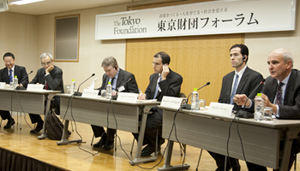 The Tokyo Foundation organized a dialogue with the German Marshall Fund of the United States titled “What Does Japan Think?” in Tokyo in December 2009 with the aim of promoting mutual understanding among Japan, the United States, and Europe. The event was the inaugural forerunner of Trilateral Forum Tokyo. For the dialogue, Western journalists and others were invited to Japan to exchange views with Japanese opinion leaders and to deepen their understanding of the shifts taking place in Japan following the historic change of government in 2009. A public forum was held featuring a number of participants of the dialogue.