The sixth Trilateral Forum Tokyo took place in the midst of a literal typhoon that reminded participants of the turbulent geopolitics and times we find ourselves in. Since the beginning of these Japan-US-Europe trilateral strategic dialogues, areas of common interest in economic and security terms, particularly external pressures, have always guided the forum, but increasingly given the strains internally faced by these three “like-minded” democracies the focus on best practices has been increased.

Given the pace of global diplomacy and the increasingly fraught geopolitical environment it seemed fair to ask, “Are we stronger together? Or better off alone?” Following the seventh Tokyo International Conference on African Development, convened by the government of Japan that brought over 40 national leaders and before the UN General Assembly and Europa Connectivity Forum, where Prime Minister Shinzo Abe eloquently articulated the need for Eurasia’s poles to come “together to the end,” the answer from the Trilateral Forum Tokyo was clear: America, Europe, and Japan are stronger together.

As in years past, the issues of the day—whether it was a Chinese challenge in the South China Sea or Russian invasion of Crimea—dominated the forum. Almost all the panels touched on the challenges from China, most clearly seen in the face of massive unrest and protests in Hong Kong on the eve of the communist party’s seventieth birthday celebration that evoked images of Tiananmen from three decades prior or the ongoing US-China trade war.

Whereas past forums struggled with the differences represented between economic partnership and security rivalry, generally along the lines of European interest in China as a large market, Japanese seeing a major security threat, and the Americans somewhere in between, this time there was agreement in identifying the challenge that China represented. From cyberspace to shipping lanes, the need to maintain “free and open” competition against China was emphasized while frustration at populism in America and Europe was equally ubiquitous.

Coming from Washington, it was refreshing to take a broader strategic viewpoint and also selfishly indulgent to see just how truly befuddling the unfolding Brexit crisis is. However, the single greatest takeaway is just how far the European-Japanese relationship has come. Given the strength of US-Japanese relations thanks to a security alliance and the close bromance between President Donald Trump and Prime Minister Shinzo Abe, it would be easy to overlook the many incredible developments that we have seen in the short time since we launched this initiative—a time when questions still remained on whether there would be enough shared concern to bring these three partners together. 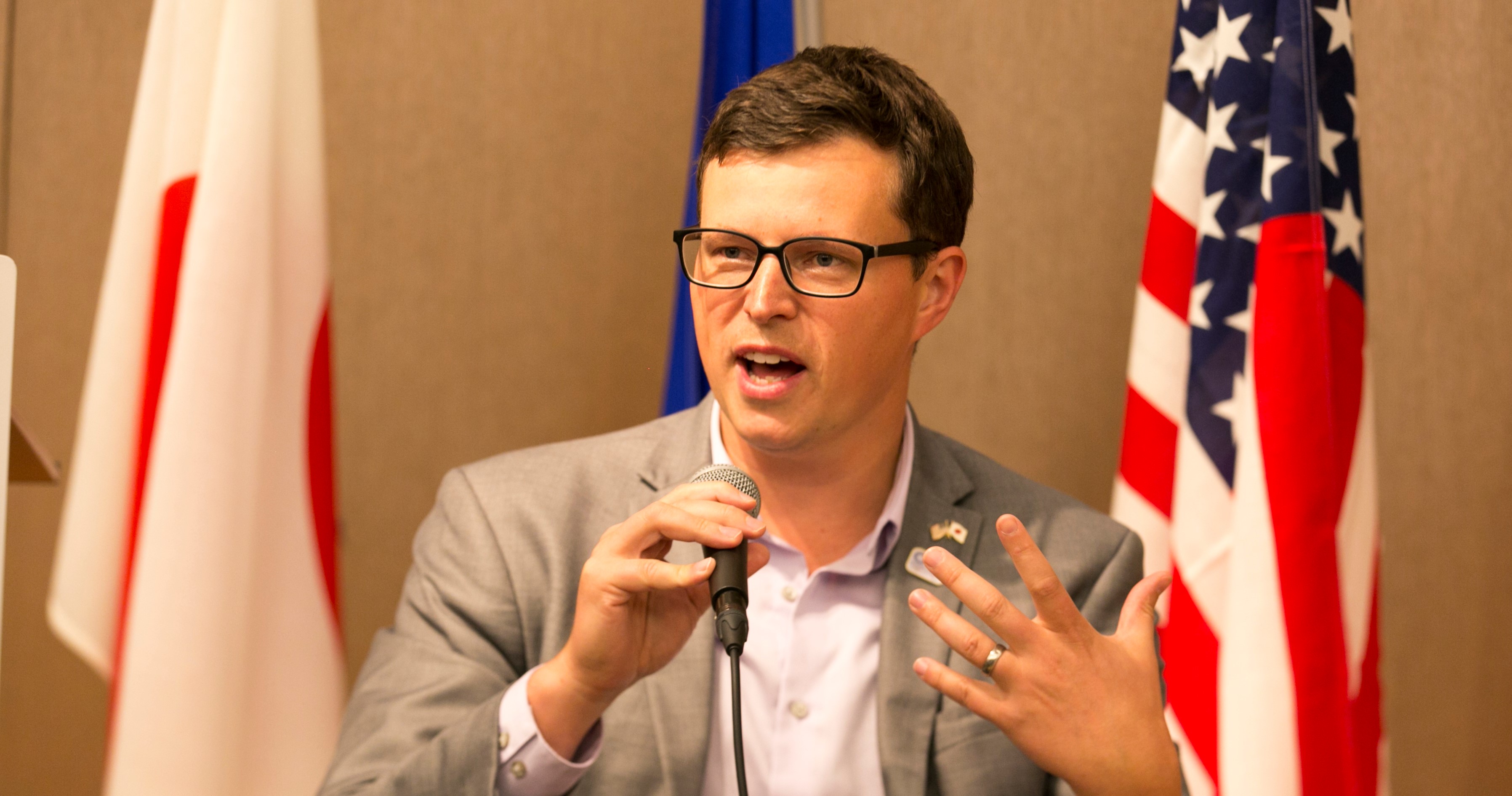 Now there is too much to fit within the two days of the conference, with Defense Minister Taro Kono, too, expressing his wish to discuss these many issues in making TFT his first international conference after being appointed to his new cabinet post just two days earlier, following two years at the Ministry of Foreign Affairs. As Prime Minister Abe declared in his keynote speech at the Europa Connectivity Forum, “We are in an age where the values and principles we have held dear could waver or drift. And yet the EU and Japan, two poles on both ends of Eurasia . . . begin with a resounding declaration. The declaration made is that Japan and the EU are able to continue their deep and long-lasting cooperation as strategic partners because they share common values and principles. That is because those values and principles constitute the basis for their cooperation.”[1]

Having hosted the G20 recently in Osaka and the G7 a few years earlier, Japan’s soon-to-be longest serving prime minister is set to be the democratic world’s elder statesman as German Chancellor Angela Merkel steps off the world scene. This can make a difference in this world of personality leadership. President Trump’s “America First” approach and unorthodox diplomacy, both in style and substance, has been overcome by Prime Minister Abe’s personal relationship with him in a way few European leaders have managed.

As a result, from the Paris climate agreement and Iran deal to the Trans-Pacific Partnership, the EU-Japan axis has stepped up to provide leadership of the liberal international order as America and Britain focus more internally. Focusing on common areas of engagement, such as in the Indo-Pacific and over data governance, has allowed trilateral cooperation to continue at the working level and brought about significant opportunities in such forms as the US-Japan bilateral trade deal, the post-Osaka agenda on data governance, and, most significantly, the economic and strategic partnership agreements signed recently by Abe and European Commission President Jean-Claude Juncker in Brussels.

Given the realities of American politics leading to the 2020 presidential election, knowing that our two closest allies on the poles of Eurasia are cooperating to keep in check authoritarian challengers in China, Iran, and Russia and to preserve liberal democracy’s competitive edge in innovation and technology is the best case for Washington today. The issue of geopolitical competition in technology, or what Eurasia Group calls “geotechnology,” clearly is where the future of US-China relations is headed. Therefore, understanding where our like-minded allies in Europe and Japan—both in government and in the private sector—are, will be critical for Americans moving forward.

Convenings like the Trilateral Forum Tokyo offer important opportunities to move toward the future together, continually focusing on the connections our countries and societies share even as we struggle internally with reconciling the nativities and populist tendencies. Through cultures, histories, and even products we are strengthened in a way we each cannot be by ourselves. Therefore, just as globalization has led to more Michelin-starred French restaurants in Tokyo than New York or Brussels and Japanese cars in America than in Japan, the partnership between the German Marshall Fund of the United States, the Tokyo Foundation for Policy Research, and the European Union Delegation in Japan is greater than the sum total of our parts.

Dr. Joshua W. Walker (@drjwalk) is a Transatlantic Fellow at the German Marshall Fund of the United States’ Asia Program, where he leads the work on Japan, and Global Head of Strategic Initiatives and Japan at Eurasia Group, the world’s leading geopolitical risk consultancy.