On September 12–13, 2019, experts and officials from Japan, the United States, and Europe, as well as India and Australia, gathered for the Sixth Trilateral Forum Tokyo (TFT), co-organized by the Tokyo Foundation for Policy Research and the German Marshall Fund of the United States (GMF). While discussion ranged over a wide range of topics, a continually recurring theme was China.

China’s multifaceted challenge to the existing international order raises dilemmas. Countries around the world—not only in Asia and Africa but in Europe as well—are increasingly dependent on Chinese money. And while China’s activities in the international arena often raise concerns in the world, one cannot simply condemn all Chinese foreign aid, infrastructure investment, or corporate acquisitions. Where does one draw the line? In other words, what is acceptable and what is not?

The answer is by no means self-evident. The judgment is bound to differ by sector and by region. Furthermore, even if we can agree on where to draw a red line, it means little unless we are willing (and able) to respond when that line is crossed. Red lines without consequences are counterproductive, calling into question our resolve and credibility. Participants in the TFT grappled with this issue, but there are no easy answers. Meanwhile, Beijing is watching closely, probing for signs of weakness, disunity, and dissent in the response of other governments, especially those of Japan, the United States, and the EU.

A commonly heard complaint in Japan and the United States is that Europe is “too soft on China,” and that view was expressed during this year’s forum as well. European attitudes toward China have changed considerably and become less tolerant over the past decade or so. Nonetheless, the EU’s geographical distance from China makes it difficult for Europeans to view the country as a looming security threat, the way many Japanese and American policymakers do.

More fundamentally, Japan, the United States, and Europe all view China’s challenge through the lens of their own national priorities. To be sure, there are common concerns, such as China’s infringement of intellectual property rights, but in other respects, the emphasis differs. The Japanese are focused above all on Chinese activity in the East China Sea, particularly around the Senkaku Islands, as well as on history issues. Americans worry about China’s advances in artificial intelligence (AI), big data, and outer space, as well as its threat to cybersecurity. Europe’s top concerns are probably business mergers and acquisitions, human rights, and cybersecurity. This is why a cross-sectoral perspective is indispensable.

What makes transatlantic cooperation on China difficult has to do with the “Trump factor.” At its core, the tension between Washington and Beijing is structural in nature, called “strategic competition,” not a problem created by US President Donald Trump. But it is tempting to criticize Trump for exacerbating tensions. And given the strength of anti-Trump feelings in (Western) Europe, it is not surprising that some Europeans are reluctant to take part in a trade war they regard as self-defeating. Such sentiment is making it more difficult for Washington to enlist Europe’s cooperation in its China policy exactly when the value of Europe is increasing as US competition with China is becoming more multifaceted. This is a problem for Japan, as well as for the United States. 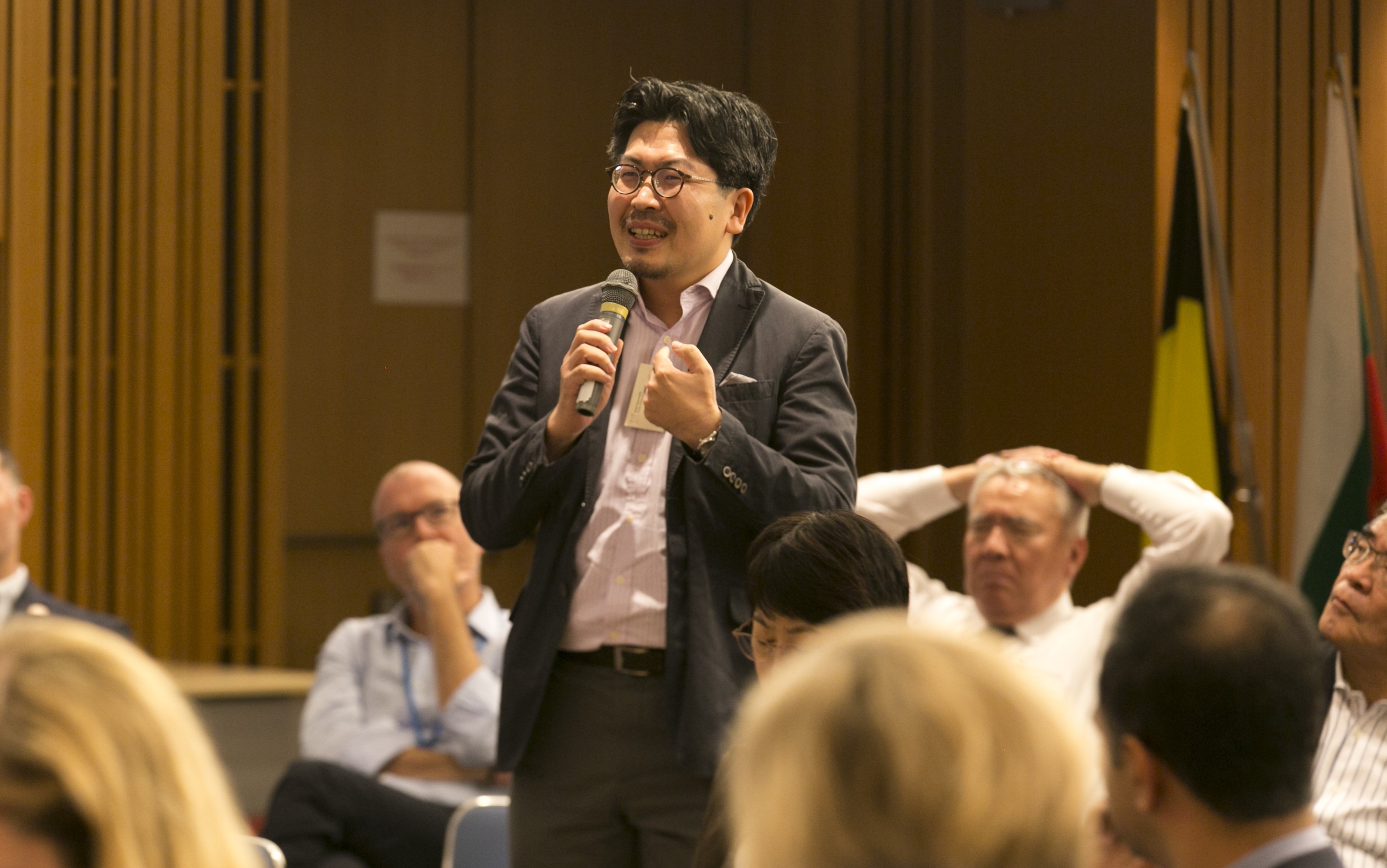 Meanwhile, an all-out rupture between the United States and China has emerged as a serious possibility. An increasing number of American experts talk about “decoupling”—economic as well as diplomatic—as a realistic option. One of the European participants at the TFT declared that decoupling from China was unthinkable for Europe, just as it is for Japan, and I have heard the same sentiment expressed by many European experts and business leaders. The EU is, after all, China’s biggest trading partner.

If Washington were to force Europe and Japan to decouple from China,  transatlantic and US-Japan relations would be severely tested. In the end, though both would most likely choose to side with the United States, it would never be an easy decision. In any case, even if all three were united against China, decoupling would be a hard sell to other countries in Asia and Africa that depend on China economically. Forcing them to choose one side or the other could prove counterproductive.

Much the same argument applies to China’s 5G telecommunications technology. If it turns out that Huawei or other Chinese companies can offer good technology at a low price, with no significant security or other performance problems, then how does one persuade other countries to shut it out? Even if the United States, Japan, and Europe boycott Chinese 5G equipment, that still leaves China with most of the global market, calculated by population. This is the harsh reality, and it underscores the need for Japan, Europe, and the United States to look beyond their borders, including the new dynamics of relations among emerging powers like India and Indonesia—something one of the forum participants emphasized.

After attending the UN General Assembly in New York this past September, Japanese Prime Minister Shinzo Abe flew straight to Brussels to attend the EU’s Europa Connectivity Forum. In his keynote speech on September 27, Abe stressed the importance of cooperation between Japan and the EU. On the same day, Abe and European Commission President Jean-Claude Juncker signed a joint statement, “The Partnership on Sustainable Connectivity and Quality Infrastructure between the European Union and Japan.” In it, they affirmed their commitment to “work together on all dimensions of connectivity, bilaterally and multilaterally, including digital, transport, energy and people-to-people exchanges” and to coordinate their cooperation with other partner countries, “notably in the regions of the Western Balkans, Eastern Europe, Central Asia, Indo-Pacific, as well as in Africa.”

Though China is not named, it is evident that both Japan and the EU have Beijing on their minds, and the biggest aim of the EU-Japan partnership is to counter China’s Belt and Road Initiative (BRI) by offering an alternative model of infrastructure/connectivity development.

If Japan, Europe, and the US—a group of like-minded countries—are to counter China’s challenge to the existing regional and international order, they need to act together, which is a minimum requirement. In addition to Japan-US cooperation, more transatlantic and Japan-EU cooperation on Asia and China are in order. The Trilateral Forum Tokyo thus has an important role to play in laying the intellectual foundations for the development of such cooperation.